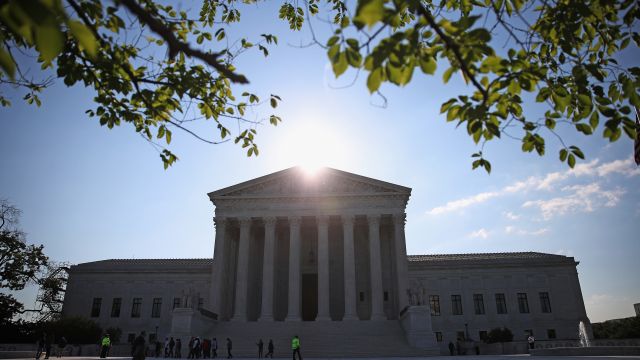 The debate over transgender rights has reached the U.S. Supreme Court. On Wednesday, the court temporarily blocked an order from a lower court, which would have let a transgender student use the boys' bathroom.

In April, a federal appeals court ordered a Virginia school district to let trans student Gavin Grimm use the school bathroom associated with his gender identity. The ruling is based on the Obama administration's interpretation of the Title IX gender discrimination law.

SEE MORE: Meet The First Out Trans Woman To Speak At A Major Party Convention

But the state's education board plans to appeal that decision and asked the Supreme Court to stay the ruling in the meantime. It argues allowing Grimm to use the boys' bathroom would violate the privacy rights of other students.

The court's four conservative justices supported the stay, with Justice Stephen Breyer joining them to avoid a deadlock. The appeals court decision is now on hold until the Supreme Court decides whether to hear the case.

This video includes images from Getty Images and clips from WAVY and WTKR.