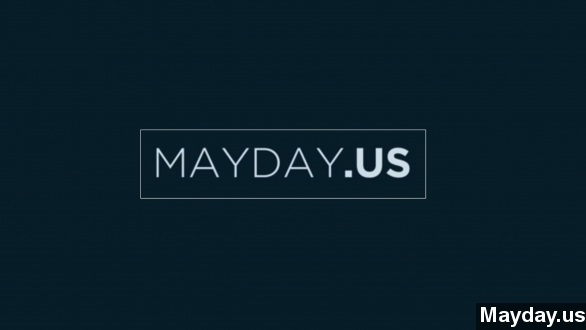 A grassroots campaign to get big money out of politics has reached its goal ... of raising big money.

The Mayday PAC has met and surpassed its $5 million fundraising goal since it was created back in, as you might have guessed, May.

PACs — political action committees — and super PACs are independently financed organizations that can raise and spend unlimited amounts of money to advocate or denounce a political cause or candidate. (Via OpenSecrets.org)

The Supreme Court's decision in 2010's Citizens United case made PACs and super PACs more powerful than ever by opening them up to spending from corporations and removing restrictions on individual donations. (Via Getty Images)

Mayday PAC is the pet project of activist and Harvard Law professor Lawrence Lessig, who plans on using the money to fund campaigns for five as-yet unannounced political candidates. (Via TED)

So how do candidates get in on the super PAC? Basically, they have to commit to pursuing reform and getting big money out of politics. (Via CNN)

"The critical problem is we've outsourced the funding of campaigns to the tiniest fraction of the one percent." (Via Vox)

While the effort has raised a lot of money, it's also raised eyebrows among pundits who question what they call a big contradiction: the use of money to fight money.

"It does seem odd, but it also seems very tech. They admit there's irony here on the website, they say that they embrace the irony in all of this." (Via Bloomberg)

Before being funded, the Mayday PAC didn't really attract a lot of media coverage, but it did nab some high-profile supporters, from Apple co-founder Steve Wozniak to actor Joseph Gordon Levitt, who pledged to help match donations. (Via Getty Images)

"So he started this thing called the Mayday PAC and it's supposed to be the super PAC to end all super PACs. And I'll tell you this: I am personally going to donate some money to it." (Via HitRecord)

Comedian Stephen Colbert made headlines in 2011 when he filed for a super Pac and raised just over $1 million. (Via The Colbert Report)

"I am literally putting your money where my mouth is. I raked in a total of $31!"

The crucial difference here being that Colbert's super PAC money went to lampooning attack ads and a satirical run for the presidency of South Carolina, not to actual candidates. (Via Getty Images)

Mayday PAC will now pick the five candidates it's planning to support in the midterm elections in November before launching a bigger campaign for the 2016 elections.