Sundance's 'The Birth Of A Nation' Is Exactly What Hollywood Ordered 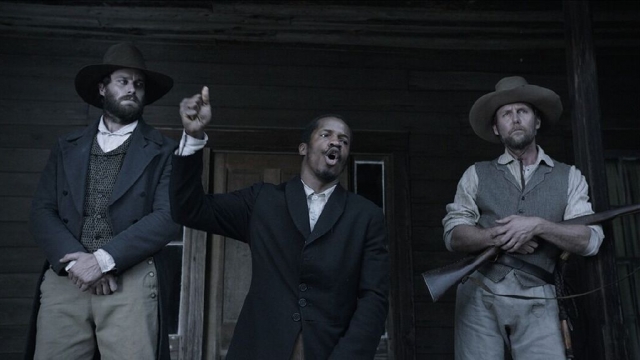 SMS
Sundance's 'The Birth Of A Nation' Is Exactly What Hollywood Ordered
By Lexie Hammesfahr
By Lexie Hammesfahr
January 26, 2016
Fox Searchlight snagged the film for a whopping $17.5 million after an intense bidding war with multiple studios.
SHOW TRANSCRIPT

"The Birth of a Nation" — a film Nate Parker produced, directed and starred in — set a record price tag after it received multiple standing ovations at the Sundance Film Festival.

Fox Searchlight secured worldwide distribution rights for a jaw-dropping $17.5 million after an intense bidding war with studios like Netflix, Paramount and The Weinstein Co.

And that bodes really well for "The Birth of a Nation," which has the potential to be a heavyweight during awards season next year. After all, Fox Searchlight is the studio that led "12 Years a Slave" and "Birdman" to best picture wins at the Oscars. It's also the studio that's leading awards campaigns for "Brooklyn" and "Youth."

The film is based on Nat Turner, a slave who led a 48-hour rebellion against his master in 1831, and Parker said it's meant to be a "change agent" in today's society.

And with a world premiere that came on the coattails of the #OscarsSoWhite controversy, the movie seems to be exactly what Hollywood, and the world, wanted to see.

Deadline reported the film "had audience members crying in their seats and jumping to their feet in a prolonged standing ovation."

And The Hollywood Reporter said "it's a film very much in tune with the current state of heightened racial friction."

A release date for the film hasn't been set.

This film includes an image from Getty Images.