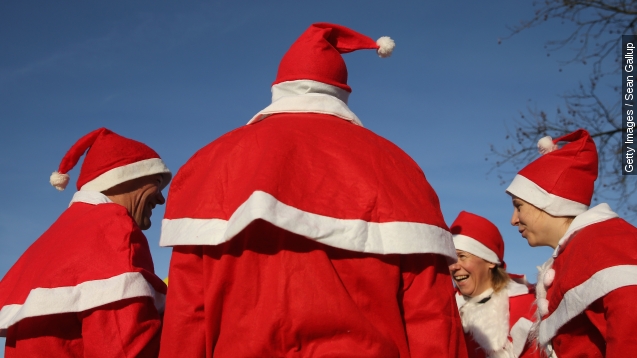 SMS
Sultan Of Brunei Bans Muslims From Christmas Celebrations
By Matt Moreno
By Matt Moreno
December 22, 2015
The Sultan of Brunei is banning Muslims from participating in Christmas celebrations because he says it could damage their faith.
SHOW TRANSCRIPT

Christmas isn't just celebrated by Christians, and for some Muslims around the world, it appears to be getting tougher to participate.

The small Asian nation of Brunei, located near Malaysia, has banned Muslims from participating in Christmas celebrations.

The Sultan of Brunei is enforcing the ban, saying Christmas could damage the faith of Muslims.

The ban includes displaying Christmas symbols and Christmas trees, singing Christmas songs, sending Christmas greetings and more. Christians and other religions can still celebrate the holiday, as long as they don't publicize it or invite Muslims, the Sultan said.

Muslims participating in Christmas events could face up to five years in prison.

Nearly 79 percent of the 420,000 residents of Brunei are Muslim. Christians make up 8.7 percent of the country's religious population, and Buddhists 7.8 percent. (Video via The Brunei Times)