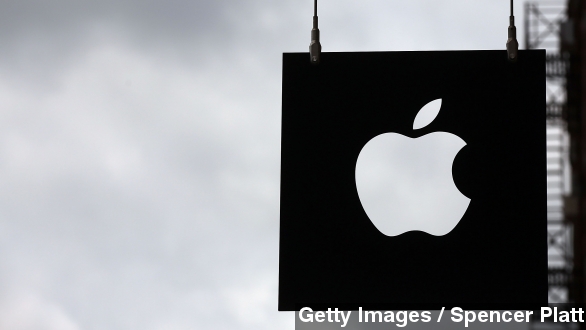 SMS
Suit Claims Apple Lied About Storage Space On iPhones, iPads
By Ben Lawson
By Ben Lawson
January 1, 2015
A new lawsuit claims Apple deliberately misled consumers about the amount of available storage on some of its devices.
SHOW TRANSCRIPT

Apple is kicking off the new year with yet another lawsuit, because why would 2015 be any different?

Two Miami residents have filed a class-action suit accusing the company of deliberately misleading consumers on how much storage is available on 16 gigabyte iPhones and iPads.

The suit blames iOS 8 for taking up too much storage space on devices, and it accuses Apple of trying to force customers to buy the company's iCloud service to make up for the lacking storage.

The complaint claims users have access to approximately 20 percent less storage on more recent iPhone and iPad models than what was marketed on the box.

The complaint reads, "Using these sharp business tactics, [Apple] gives less storage capacity than advertised, only to offer to sell that capacity in a desperate moment," and "To put this in context, each gigabyte of storage Apple shortchanges its customers amounts to approximately 400-500 high resolution photographs."

But a Forbes writer notes the plaintiffs "are on shaky ground when they assert that Apple doesn’t appear to permit 'users of its devices to access cloud storage from other vendors.'"

That's because there are services like Instagram and Flickr where people can store thousands of photos, and other cloud storage systems like Dropbox and Google Drive offer free storage on a limited amount of data — all of which are available on Apple products.

Apple has been sued for misleading consumers about storage space before. In 2007, a Canadian law student filed a complaint over the space available on the iPod Nano. That suit was eventually dropped.

Microsoft has also been accused of being misleading with its Surface Pro tablets, with some users claiming they only had access to about half of the storage space advertised.

This latest lawsuit against Apple comes not long after the tech giant won another legal battle over the price of the iPod.