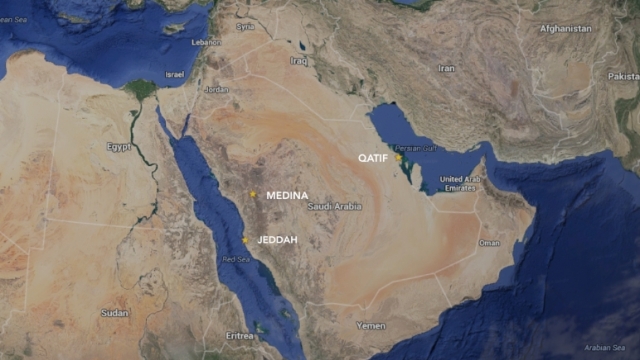 The first attack happened in Jeddah near the U.S. Consulate. Local media reports the attacker detonated his explosives in a hospital parking lot after security forces approached him. The bomber died and two security officers were wounded.

Miles away in Qatif, a suicide bomber reportedly attempted to attack a Shiite mosque, killing only himself in the process.

The deadliest attack happened in Medina. According to Al Arabiya, a suicide bombing killed four security forces there.

The explosion in Medina occurred in a parking lot between the city court and the Prophet Muhammad's mosque — the Al-Haram Al-Nabawi. The mosque is considered to be one of Islam's holiest sites and sees millions of visitors each year.

The deadly attacks occur as the holy month of Ramadan wraps up. As of Monday afternoon, no group had claimed responsibility for the violence.

This video includes clips from Al-Ekhbariya and images from Getty Images and Mohamod Fasil / CC BY 2.0.