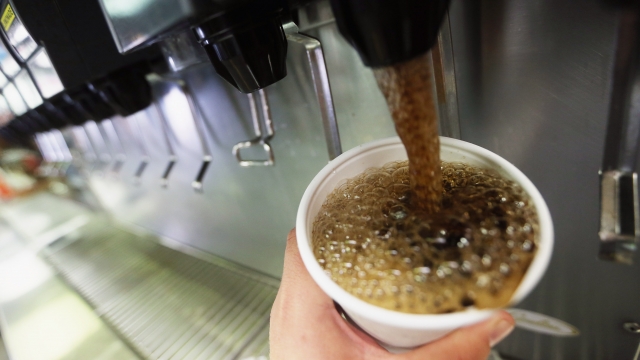 SMS
Sugary Drinks Might Hurt Our Brains As Much As Stress Or Abuse
By Christian Bryant
By Christian Bryant
February 19, 2016
Australian researchers found that stress and sugar consumption had similar effects on rats' brains, suggesting the same could be true for humans.
SHOW TRANSCRIPT

So, we know that when we consume a sugary drink, like a soda, it activates the reward area in our brains — which can be satisfying.

But according to Australian researchers, sugary drinks might also assault the brain and could be as harmful as stress or abuse.

Researchers from the University of New South Wales Australia made these findings while studying rats. Some rats were exposed to adverse conditions after birth, causing stress, while others were given a sugary solution to drink.

The researchers found that rats put under stress without the sugar intake and the stress-free rats who consumed sugar had similar changes in the hippocampus — the memory center of the brain.

These aren't definitive findings on how sugary drinks can harm the human brain, but the researchers said, "The changes in the brain induced by sugar are of great concern given the high consumption of sugar-sweetened beverages, with particularly high consumption in children."

To that point, the Centers for Disease Control and Prevention reports American teens and young adults consume the most sugary drinks of any age group.

The Australian researchers say the findings suggest more work is needed on the long-term effects of sugary drink consumption in humans.

This video includes clips from University of New South Wales Australia and images from Getty Images.