Study Suggests Religious Kids Aren't As Generous As Others 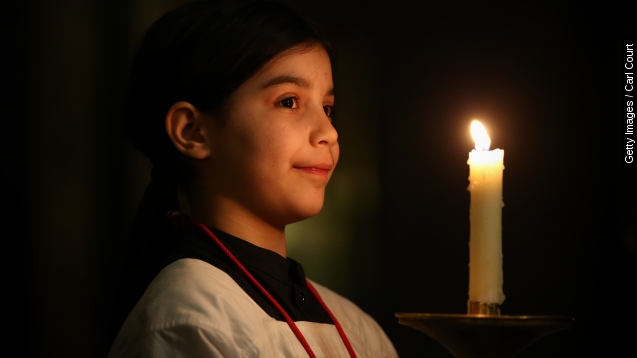 All kids can be a little selfish, but according to a new study, nonreligious children are more generous than their religious peers.

The study looked at kids from China, Jordan, South Africa, Turkey, Canada and the U.S.; and compared Christian, Muslim and nonreligious children.

All of the kids were put through a series of tests to judge their behavior. First, kids were given stickers and instructions to keep some, and then allocate some to classmates that weren't there. Nonreligious kids gave more than Christian and Muslim kids.

Second, kids were shown scenes of bumping or pushing and were asked to rate how mean the action was and what the bully deserved. Muslims suggested the harshest punishment, followed by Christians and then nonreligious children.

The children's parents also assessed their child's empathy, morality and how often they attended religious services.

Worldwide, Christianity and Islam are currently the two largest religions. According to Pew Research, these religions are estimated to continue growing throughout the next decades, and the nonreligious portion of the population will drop.

This video includes images from Getty Images and an image from Liza / CC BY SA 2.0.