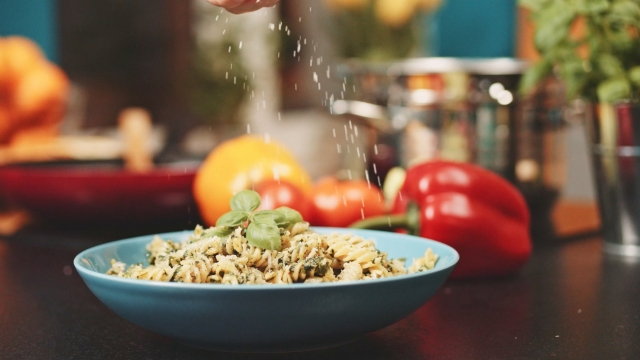 It could be time to stop carb-shaming yourself for eating pasta, according to a new study, which pretty unsurprisingly comes out of Italy.

The study was published in the journal Nutrition & Diabetes and surveyed thousands of people. It found that pasta, within a Mediterranean diet, wasn't associated with a higher body mass index.

Researchers point to the well-documented benefits of Mediterranean diets, which in Italy traditionally include pasta. So why not let pasta get some of the praise?

Research on Mediterranean diets suggests it can help with heart and brain health, but the researchers said pasta is often left out of the equation because of its bad reputation among dieters that it leads to weight gain.

The study's lead author said in a statement: "Our data show that enjoying pasta according to individuals' needs contributes to a healthy body mass index, lower waist circumference and better waist-hip ratio."

It should be noted that people who weren't born in Italy were excluded from the study, and the research was partially funded by Barilla, a company that makes a variety of pastas and pasta sauces.

This video includes a clip from Barilla. Music provided courtesy of APM Music.