Study Shows HPV Infection Rates Are Plummeting Thanks To Vaccines 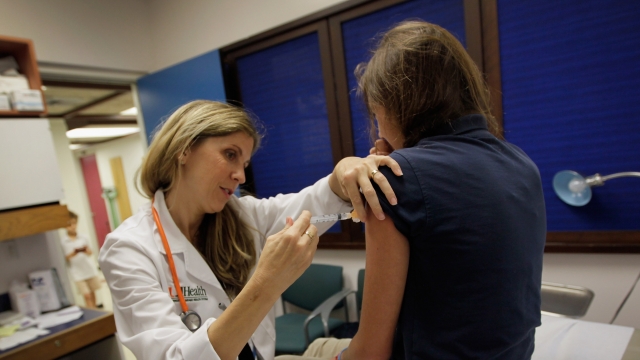 SMS
Study Shows HPV Infection Rates Are Plummeting Thanks To Vaccines
By Grant Suneson
By Grant Suneson
February 23, 2016
A decade after the CDC recommended kids get vaccinated against HPV, a study shows the virus's rates of infection are much lower than before.
SHOW TRANSCRIPT

When the Centers for Disease Control and Prevention advised parents to vaccinate 11-and 12-year-old girls against the human papillomavirus, or HPV, in 2006, it was a controversial move. But now it seems the suggestion is paying off.

And the improvements weren't just for girls either. HPV cases in women ages 20-24 also dropped by more than a third across the same time periods.

Those are certainly encouraging numbers, since two strains of HPV alone are responsible for 70 percent of cervical cancer cases. But there's still plenty of room for improvement.

A 2014 CDC study revealed that only 60 percent of girls ages 13-17 had at least one of the three shots recommended by the organization, and less than 40 percent had all three.

And even fewer boys have started the shot regimen. HPV is generally thought of as a virus only affecting women, but it can cause cancer or genital warts in both sexes.

Researchers said they're encouraged by the decline in HPV and hope the study's results prompt more parents to get their children vaccinated.

This video includes a clip from San Joaquin Valley College and images from Getty Images.