Study Says Your Nose's Imagination Could Affect Your Weight 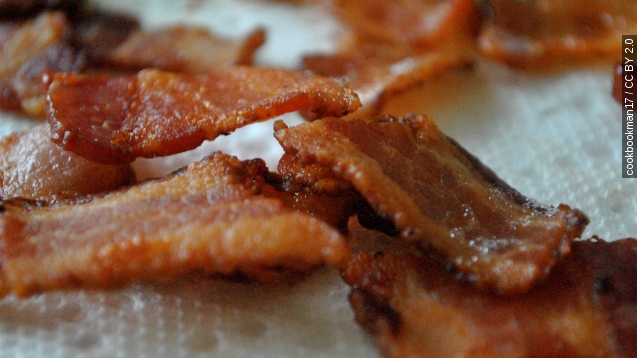 SMS
Study Says Your Nose's Imagination Could Affect Your Weight
By Evan Thomas
By Evan Thomas
July 10, 2015
A new study suggests a higher obesity risk can be linked to a vivid imagination of the way foods smell.
SHOW TRANSCRIPT

Those who can generate vivid mental imagery of foods based on smells could be at a higher risk of obesity, according to a new Yale study.

Researchers gave participants a series of questionnaires to determine how vividly they could imagine the sight, smell or idea of a food.

Their findings suggest the better people were able to imagine the smell of food, the higher their risk of food cravings and obesity.

And the data showed the effect was stronger among participants with a higher BMI.

But the researchers aren’t sure which came first, higher BMI or the increased ability to imagine scents.

But the Yale study is the first to examine how much of a role our noses play.

According to the researchers, identifying such specific triggers for food cravings is an important step in developing effective weight loss behaviors.

They’re scheduled to present their findings this week at the annual meeting of the Society for Ingestive Behavior.