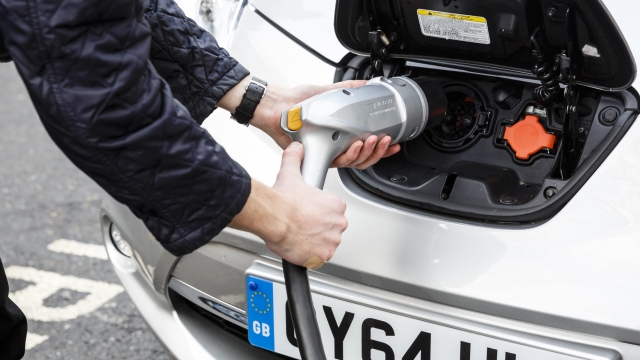 By Ben Lawson
August 16, 2016
Electric vehicles could replace the majority of gas-powered cars and still get us where we need to go, according to a new study.
SHOW TRANSCRIPT

Fears about the limited range of electric vehicles might be unfounded.

A common concern about electric vehicles is how far they can be driven without needing to be recharged.

But a study published in Nature found that electric vehicles could replace about 87 percent of gas-powered vehicles on the road and still get us where we need to go.

The study, led by researchers from the Massachusetts Institute of Technology, used a 2013 Nissan Leaf as its standard electric vehicle.

That model has an estimated range of about 75 miles and costs about as much as a gas-powered car.

But there are still some caveats to electric vehicles that are hard to ignore.

They aren't practical for long trips, and access to charging stations could be a problem for people living in apartment complexes — although that could change.

The Obama administration recently announced initiatives to increase the number of charging stations across the country and improve charging technology.

If electric vehicles were to replace about 87 percent of gas-powered ones, the study claims that could reduce the nation's gasoline consumption by about 60 percent.