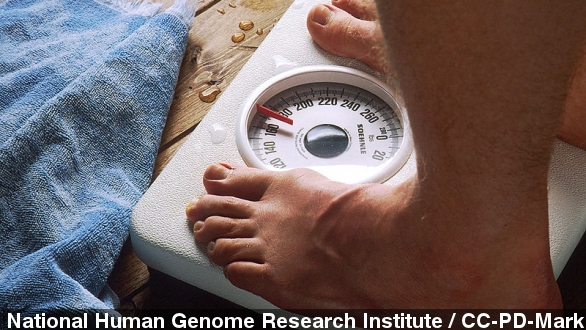 SMS
Study Says Most Diets Have Same Results
By Jasmine Bailey
By Jasmine Bailey
September 3, 2014
According to a review of past studies, there's no competition when it comes to choosing a diet plan. They all have similar results.
SHOW TRANSCRIPT

If you're thinking about trying a dieting program, there's a long list of options.

To name a few: Atkins, Jenny Craig, Rosemary Conley and Biggest Loser. All of those name-brand diets, along with about six others, were part of a study published in The Journal of the American Medical Association.

And according to the results, when it comes to weight loss, there's not much of a difference in which brand you choose, even though the brands differed in type of diet — whether that be low carb, low fat or low glycemic index. (Video via South Beach Diet)

To get the results, researchers compared 48 past clinical trials — including more than 7,000 people on the different diets. Some included exercising in the plan, and some participants had access to behavioral counseling.

One of the lead authors explained a takeaway of the findings. "As compared to no diet, low-fat and low-carbohydrate dietary programs are associated with the most weight loss over a 12-month period. ... Behavioral support at six months and exercise at 12 months enhanced weight loss."

​But back on subject, when it comes down to it — a diet you can't stick to won't be effective. HealthDay talked to a professor of preventive medicine at Northwestern University who said: "The most relevant issue is to choose one that you can stick to indefinitely, since weight loss is only half the battle. ... Maintenance of weight loss is the ultimate victory."

However, researchers say that's the hardest part about being on a diet. During the trials, almost everyone lost weight — but after about a year, they began gaining it back. That's when exercise really helps.

But it is worth pointing out the study only looked at weight loss without considering each individual's healthiest weight. And as one of the study's authors said, "Good health is more than weight loss or weight control."