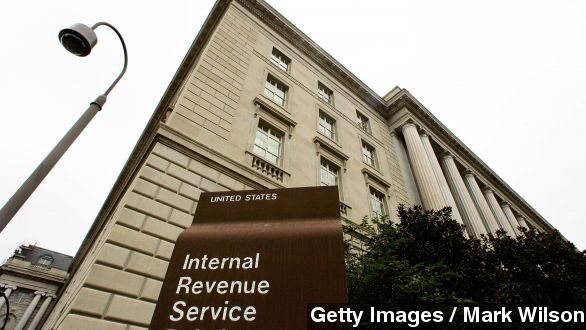 In 2010, Americans underpaid their taxes by at least $410 billion — an amount that, since then, has probably only risen.

It's more money than the personal fortune of Bill Gates times five, the market capitalization of ExxonMobil, or the GDP of South Africa. And, no surprise, the government really wants its money.

And a new study by researchers at the University of Michigan and Microsoft suggests that threatening fines — the usual way the government makes people pay up — isn't nearly as effective as publicly shaming them.

"But the fact that there are large numbers of people who don't pay shows those threats often don't work. And that's when the field experiment comes in."

Here's what they did: The researchers, with the cooperation of state agencies, sent letters to 34,000 tax delinquents. About half of the letters threatened fines, and the other half implied that their status as delinquents would be shared with their neighbors.

The study found people who received the "shame" letter were about 20% more likely to pay off their tax debt than the other group — which translates into millions of extra dollars for those governments.

The study's been picking up headlines, but it isn't a new idea: Private debt collectors have been shaming people for years, recently using social media to publicize unpaid debts.

"Beachem says Mark One Financial went on her Facebook page not only emailing her but sending messages to friends and relatives as well," one WTSP reporter said.

And although government agents probably won't be posting on your Facebook anytime soon, 29 states already maintain online lists of tax evaders and delinquents.

California has a "top 500" list, currently paced by this guy, who owes the state north of $3.5 million but lives in Las Vegas.

And here's the thing: According to the study, shame becomes a less effective motivator the more you owe. In other words, the less you owe the more likely you are to pay up.

Still, studies like this mean tax-shaming will probably continue to expand. So for those of you who don't owe millions of dollars, the lesson is pretty clear: You might just want to pay your taxes.