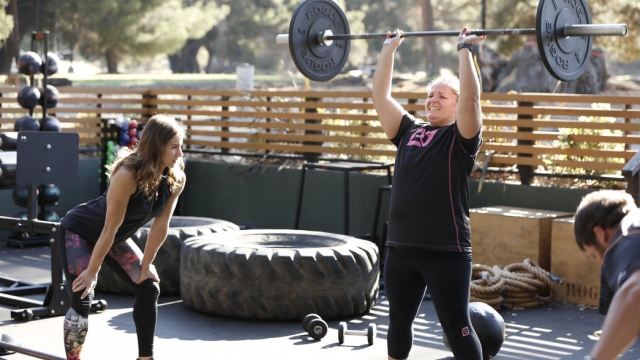 NBC’s show "The Biggest Loser" aims to help morbidly obese contestants get to a healthy weight. Over the years, lots of competitors have struggled to keep the weight off, and now scientists may know why.

A study in the journal Obesity tracked season 8 contestants after the show ended. More than six years later, 13 of the 14 people studied gained back some of the weight. Five were over or close to their starting weight from the beginning of the show. Researchers found this was due to their bodies’ shifting metabolism.

When someone loses weight, their body starts burning fewer calories to try to compensate. Usually, the body has time to gradually adjust. But sudden, rapid weight loss, like on "The Biggest Loser," could be too much of a shock for the body to handle.

One of the study's authors said he was "blown away" when he studied the contestants and learned that their metabolisms kept getting slower as time went on, even as they packed on more pounds.

Season 8 winner Danny Cahill went from over 400 pounds at the beginning of the show to below 200. Now, he’s back up to nearly 300 pounds. Researchers said that’s because Cahill burns 800 fewer calories per day than an average man of his size.

The show’s doctor said he was aware this could happen but hoped the metabolic drop off wouldn’t be so severe. Other experts say this should’ve been expected.

Obesity researcher Dr. Michael Schwartz told The New York Times: "You can’t get away from a basic biological reality. As long as you are below your initial weight, your body is going to try to get you back."

This video includes clips from NBC, People and The New York Times.