Study Finds Most Women Don't 'Regret' Getting An Abortion 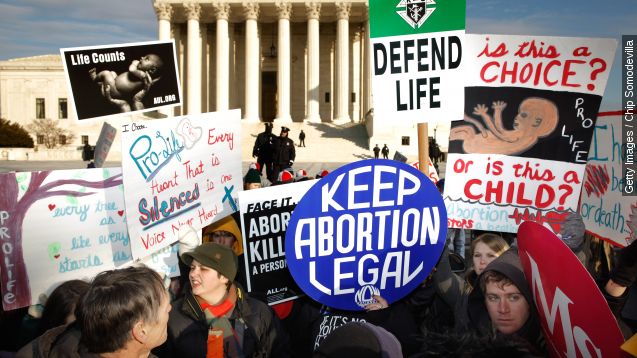 SMS
Study Finds Most Women Don't 'Regret' Getting An Abortion
By Matt Moreno
By Matt Moreno
July 15, 2015
A study from the University of California, San Francisco School of Medicine says after three years, most women didn't regret having an abortion.
SHOW TRANSCRIPT

A majority of women, 95 percent, do not regret having an abortion, according to a new study published in the medical journal PLOS One.

The study, conducted by the Bixby Center for Global Reproductive Health at UC San Francisco’s School of Medicine, surveyed 670 women over three years.

Many women said they had an abortion because of financial reasons and it being "not the right time."

According to the nonprofit research organization Guttmacher Institute, seven states require that before women have an abortion, they undergo counseling about the negative psychological effects.

While the study suggests less than 5 percent of women regret abortions, many anti-abortion proponents contest that.

One of the study's lead researchers, Dr. Corinne Rocca, acknowledges these emotions but says they're not always long term.

She told Yahoo: "As we note in our 2013 paper on women’s emotions one week after the abortion, we found that many women experience negative emotions (anger, sadness, guilt, regret), as well as positive emotions (relief, happiness), with relief predominating."

She says this new research shows after three years, relief is the most common emotion among women.