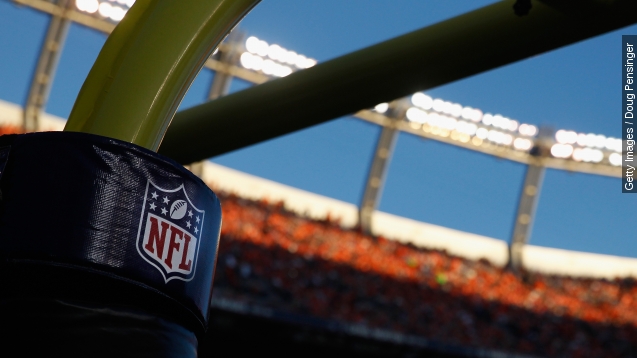 PBS reports the center studied the brains of former NFL players and found 87 of the 91 tested had chronic traumatic encephalopathy — also known as CTE. Doctors have linked the disease to constant hits to the head or concussions in recent years. (Video via ESPN)

"When you went to high school and I went to high school, people talked about concussions as getting your bell rung or something like that. It was almost trivialized a little bit and now we think of these things as traumatic brain injuries," CNN's Chief Medical Correspondent, Dr. Sanjay Gupta said.

CTE tests are only 100 percent accurate if done after the person is already dead. That means researchers end up dealing with an almost biased population, since donations come from players that already had suspicions while they were alive. But the results are consistent with a study done last year that found 76 of 79 former players had the disease. (Video via CBS)

The findings come just months after a judge approved a settlement between the NFL and thousands of former players who say the league hid a link between football and long term brain problems like CTE. (Video via ABC)

The NFL's reported denial of the link is being explored in the new movie "Concussion" starring Will Smith. The movie gives an inside look to how  neurologist Bennet Omalu discovered CTE and had to convince the league of the disease's existence. (Video via Sony Pictures / "Concussion")

To be fair, the NFL has made changes to its playing rules to try and limit head injuries and pumped millions of dollars into research.

The NFL had announced it would be using helmet sensors to help with research but the program was squashed because the league felt the sensors were too inaccurate. (Video via CNN)

The NFL released a statement about the study's results, saying it continues to "take steps to protect players, including rule changes, advanced sideline technology, and expanded medical resources."