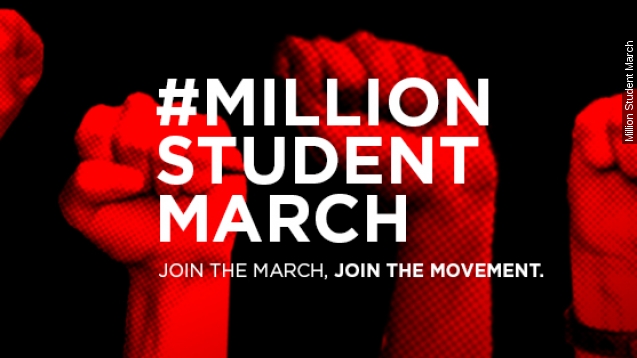 College students across the nation are protesting for more affordable education.

The movement is called Million Student March, and protesters have three demands: free tuition for everyone, forgiven student loan debt and a $15 minimum wage for campus workers.

"It seems extreme, but I mean, it's fair. We shouldn't be in debt. Especially since at this point, college is a necessity," one protester told WCAU.

The group's name and goals are at least partially inspired by a statement made by presidential candidate Bernie Sanders when he was speaking to Yahoo News' Katie Couric.

"If a million young people march on Washington they [say] to the Republican leadership, we know what’s going on, and you better vote to deal with student debt. You better vote to make public universities and colleges tuition free, that’s when it will happen," said Sanders.

For parents, free tuition wasn't the favorite method of making college more affordable. A Money poll showed the most popular option for parents was eliminating federal financial aid and making the first two years free for everyone. (Video via KTVU)

These protests come just a few days after fast-food workers across the country walked off the job for a day to demand a $15 minimum wage.

Since this is a movement primarily organized over social media and participants across several cities, it's hard to say if the protests reached their goal of one million students. (Video via WPVI)