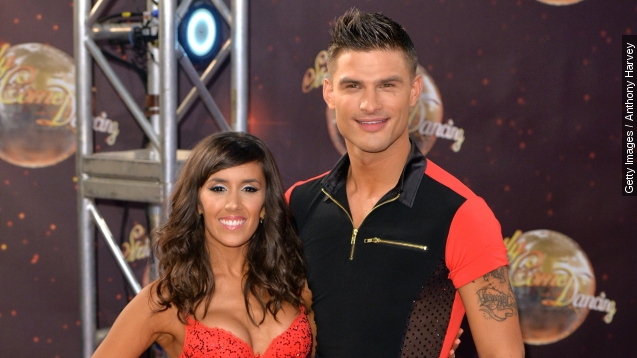 If you're going to marry the love of your life, nothing says commitment like saying yes twice.

But when "Strictly Come Dancing"'s Aljaz Skorjanec proposed to Janette Manrara for the second time, it wasn't just out of excitement.

After Skorjanec initially got on one knee, the ring had to be resized — a 14-week wait.

So when the ring was adjusted, Manrara told OK! Magazine she was in her PJs when her fiance proposed for the second time.

She said, "We just knew we loved each other that much that we knew it was forever."

And even though the wedding will surely be a blast for everyone in attendance, the professional dancing duo won't be performing an elaborate first dance. (Video via BBC / 'Strictly Come Dancing')

Skorjanec said, "I think our wedding is going to be relaxed."