Senate Candidate Issues Apology After Putting His Foot In His Mouth 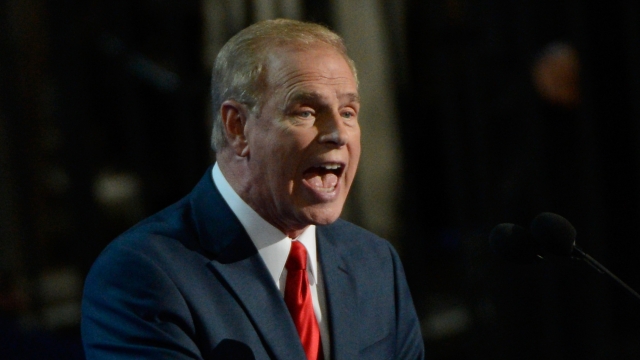 Starring in this week's edition of "Politician's Foot Meets Politician's Mouth," we have U.S. Senate candidate and former Ohio Gov. Ted Strickland. While seemingly trying to talk about the importance of the Supreme Court and this election during a speech this week, Strickland basically cheered the timing of Justice Antonin Scalia's death.

"I mean, the death of Scalia saved labor from a terrible decision," Strickland said. "And I don't wish anyone ill, but it happened at a good time."

The good timing Strickland referenced had to do with a deadlocked labor decision that came down in March. Had Scalia, a consistent and dependable conservative justice, been alive, that case would've ended with a completely different scenario.

And the crowd seemed to agree — as Strickland spoke, there was applause and laughter. To put it mildly, Scalia is not a well-liked figure on the left; during the argument phase of that case, his questions were seen as pretty "hostile" to the labor unions.

Almost immediately, Strickland was criticized for making light of a legal icon and released an apology Wednesday saying,"That was an insensitive remark, and I apologize."

Strickland is currently trying to unseat Republican Sen. Rob Portman in a really high-profile race. And clumsy comments from Strickland aren't new. In a moment of probably too much honesty, Strickland labeled his gun control record as "mixed and spotty," which has already been used against him by criitcs.

It's unclear how much this will hurt Strickland as he attempts to catch up to Portman in the polls, but in a year when Democrats are hoping to take back the Senate, it definitely doesn't help.