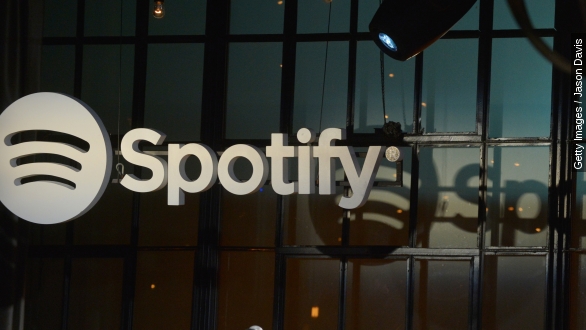 SMS
Streaming Music Isn't Dying, It's Changing
By Evan Thomas
By Evan Thomas
May 9, 2015
Spotify is losing more money than ever, but it and its competitors have plans to keep the streaming music business going.
SHOW TRANSCRIPT

The service makes most of its revenue from user subscriptions, which represent 25 percent of its 60 million strong userbase.

But that’s not enough to pay the bills: while Spotify’s annual revenue climbed in 2014, its losses almost tripled.

It’s triggering headlines like this one, but we might be able to answer that question with “no.” Or at least, “probably not yet.”

Consider Spotify competitor Pandora: these are numbers from the same timeframe, and even profitability. The company reported more than $50 million in earnings for 2014.

Unsurprisingly, a huge chunk of the money out the door at Spotify goes to licensing. CEO Daniel Ek says the company has shelled out more than $2 billion for music rights since Spotify started up in 2008. (Video via South by Southwest)

And there’s no love lost among record companies for the prevalence of free music on Spotify and services like it. Executives told The New York Times the issue is complicating current and future licensing talks.

That would align with the way Apple is preparing to do streaming music. The company is widely expected to launch a streaming service of its own at its Worldwide Developers Conference in June. (Video via Apple)

And Re/code reports in meetings with music industry reps, “Apple has been arguing that free streaming won’t generate enough money for the industry via advertising, and doesn’t give enough people incentive to pay for subscriptions.”

Spotify, meanwhile, isn’t about to disappear. It’s still the single most popular streaming service out there, and this week news broke the company is reportedly eyeing the streaming video market. (Video via Spotify)

Sources told The Wall Street Journal Spotify has approached YouTube content creators and other media companies about the possibility of moving their operations over to Spotify.

It’s also announced plans for a new $400 million funding round, so someone out there still believes in the idea.