Stopping Youth Violence In Chicago May Start With Fixing Unemployment 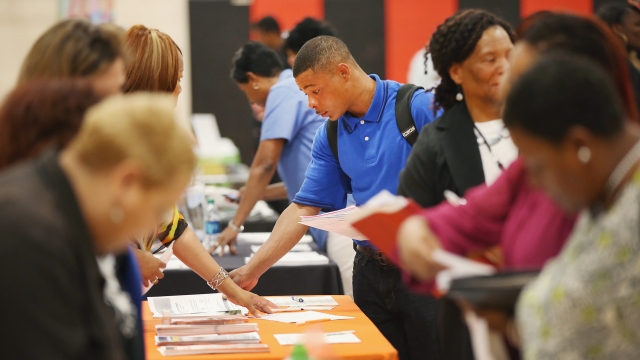 SMS
Stopping Youth Violence In Chicago May Start With Fixing Unemployment
By Jamal Andress
By Jamal Andress
February 18, 2016
As people across the country seek to curb youth violence, one Chicago expert argues that giving kids jobs is the first step.
SHOW TRANSCRIPT

It's a staggering stat: Nearly half (47 percent) of young black men in Chicago between the ages of 20 and 24 are unemployed and not in school. That's worse than the New York, Los Angeles and national averages.

"These neighborhoods have been destroyed, and there's really nothing for these kids but the streets," Jack Wuest said.

And while people all over the city and the country have been working to find a solution for the youth violence problem in Chicago, Wuest says giving kids jobs is the first step.

"Having enough jobs you will build a culture. ... If we had 100,000 jobs in the city, sure, some of the hard-core gangbangers might not get involved but a lot of their friends would get jobs. The second year, more kids. And the third year, more kids. You just build that kind of expectation that they can have jobs," Wuest said.

"I can fill out a million applications, but with One Summer, it was guaranteed for me," said One Summer Chicago participant Kenyotta Jones.

What's more is this isn't just some theory. It's actually been tested, tracked and has some pretty convincing results.

In 2012, the One Summer Chicago program employed about 1,600 high school youth in Chicago. In the 16 months during and following that summer, violent-crime arrests among participants decreased by 43 percent relative to a control group of nonparticipants.

"Not only three or four months after the kid's job ended did it have an impact, but going out a year and half, it reduced violence," Wuest said.

Which means having a job seemed to do more than keep the kids busy; it likely affected them personally. You could argue having a job changed them.

"You do some work. There's a reason they call it work. It's not always fun, but you get paid for it, and that's an absolutely important thing to kids. If you don't learn it in teen years, the studies are clear: You just don't work as much as an adult," Wuest said.

This video includes clips from the University of Chicago and images from Getty Images.