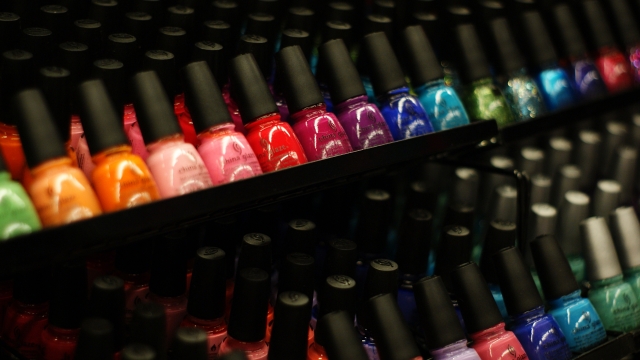 A black market for stolen nail polish may be fueling heroin addictions.

"It's a popular product. Almost everyone's having their nails done, and there's a lot of salons," a Detroit-area police chief told WXYZ.

A Detroit-area police chief told Newsy's partners at WXYZ that drug addicts are stealing nail polish and selling it to salon owners on the black market.

"What they're going to do is steal a $10 bottle, sell that for $2, take that $2 and then fund their drug habit," the police chief told WXYZ.

Case in point: A man and woman were recently caught on camera at a local CVS stealing roughly 200 bottles of nail polish worth about $1,600.

The man was caught and admitted to the CVS theft. He's currently jailed on multiple charges.

"You said heroin is driving your criminal behavior?" a judge presiding over the man's case said.

Heroin is one of the most addictive drugs in the world and one of the most dangerous. A possibly lethal dose is only five times greater than the minimum needed to get someone high.

According to the most recent stats, over 1,700 people in Michigan died from heroin and painkiller use in 2014. And the problem is reportedly growing.

As for the buyers in the black market, the police chief told WXYZ that Michigan's struggling economy is likely why they're turning to stolen goods.

"It's unfortunate, it's illegal, but it happens," the police chief told WXYZ.

WXYZ reports the man who admitted to the CVS theft will be sentenced to three months in prison and then be transferred to a treatment facility. His accused partner in the crime was caught in New York. Authorities are working to have her moved to Michigan to face a trial and get treatment.