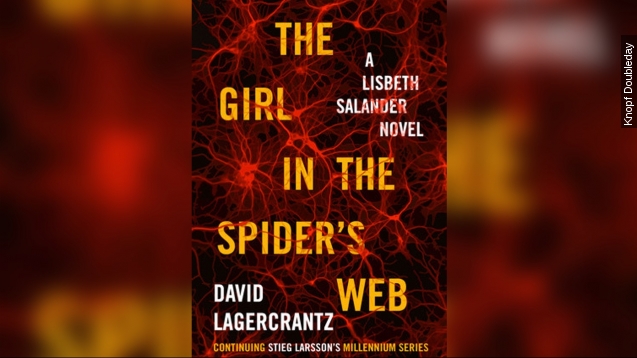 The new author chosen to continue the story is David Lagercrantz.

And while early reviews seem to be happy with the book, the one person who was closest to Larsson is not.

"I read original writers, not people who copy other people's books, so to say. So I won't read it." (Via NPR)

Eva Gabrielsson was Larsson's longtime partner and an author herself. She never married Larsson, which means she doesn't have any right to his estate under Swedish law. (Video via Music Box Films / "The Girl with the Dragon Tattoo")

Instead Larsson's brother and father got control of his estate. It was their decision to let Lagercrantz continue the story of the girl with the dragon tattoo.

Gabrielsson sees the latest book as just another slight to the principles Larsson — a political and social activist — so cherished. She also sees it as a simple money grab.

Lagercrantz doesn't see it that way. Though he has never been the political activist that Larsson was, he says he has demons of his own. (Video via Verlagsgruppe Random House)

And it's not like he doesn't have his own literary chops.  He is the author of a biography, and novel about Alan Turing — the man the movie "The Imitation Game" is based around. Lagercrantz also ghost wrote a memoir for a Swedish soccer star. (Video via The Weinstein Company / "The Imitation Game")

Both sides seem to agree on one thing, though. Ultimately, the fate of this book — and future books in the series — lay in the hands of the public.