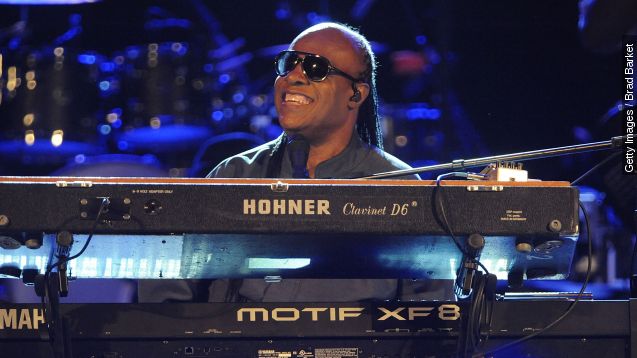 Stevie Wonder stopped by "The Late Late Show" Monday night to show off his vocals with host James Corden.

The piano was left behind as the duo played Carpool Karaoke and sang hits like "Isn't She Lovely" and "Signed, Sealed, Delivered."

"Here I am signed, sealed, delivered, I'm yours," the pair sang. (Video via CBS)

Other celebs have had their shot at the singing game, but Stevie stole the spotlight by imitating Corden's British accent and calling his wife ... to sing "I Just Called to Say James Loves You."

"This is Stevie. Julia this is Stevie from England, not the Stevie you know," Wonder said on the phone.

Another said, "Top to bottom great @latelateshow. Keeps getting better and better with no end in sight."

Corden proposed that the two form a new band called The Wondercats and rewrite lyrics to old Stevie Wonder hits. No word on when their first album might debut.