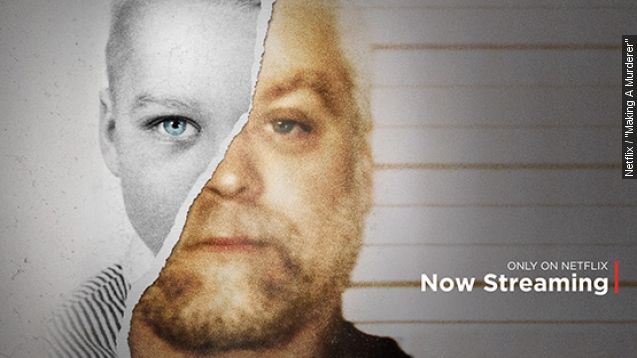 Steven Avery, subject of Netflix's "Making A Murderer," has filed a new appeal with the Wisconsin Court of Appeals.

The appeal cites, in part, an improper warrant, "ineffective" legal counsel and a tainted jury — calling out one juror in particular.

A male juror with the initials C.W. allegedly made multiple expletive-laced comments about Avery's guilt. He also reportedly told jurors that "if you can't handle it, why don't you tell them and just leave." (Video via Netflix / "Making a Murderer")

That juror is believed to be Carl Wardman, a man who volunteered at the Manitowoc County Sheriff's Department, even during the trial. His son was also a sergeant in the department.

Avery claims the impact of C.W.'s comments had a "substantial" effect on the jury's verdict. Wardman told the Daily Beast he didn't make the comments Avery claims he did. (Video via Netflix / "Making A Murderer")

This claim is important because of the juror drama the docu-series' filmmakers revealed on the "Today" show: "The juror contacted us and told us that the verdict in Steven's trial was compromised ... and went on to describe the jurors trading votes in the jury room."

Avery also argues "state law and statute clearly has stated limitations on a Search Warrant, such as 1 Property NOT Multiple Property's." The first warrant to search the Avery property had multiple properties — and he claims that makes it a warrantless search with any evidence seized being determined illegal. (Video via Netflix / "Making A Murderer")

The conviction of Steven Avery and his nephew Brendan Dassey for the murder of Teresa Halbach has been a topic of controversy since the docuseries debuted on Netflix in December.

In early January, the White House responded to a petition signed by over 100,000 people requesting a presidential pardon for both men. But since they were charged at the state level, only Wisconsin Gov. Scott Walker can issue a pardon — something he hasn't done in his five years in office.

And on Tuesday, Walker posted a link to the unanimous Court of Appeals decision on Avery's case, indicating he wasn't about to break his no-pardon streak.

The question of Avery's guilt may never be answered without a retrial. But we know his family is holding steady on his innocence. Brendan's brother, Brad, released a Christian rap song Monday called "They Didn't Do It."