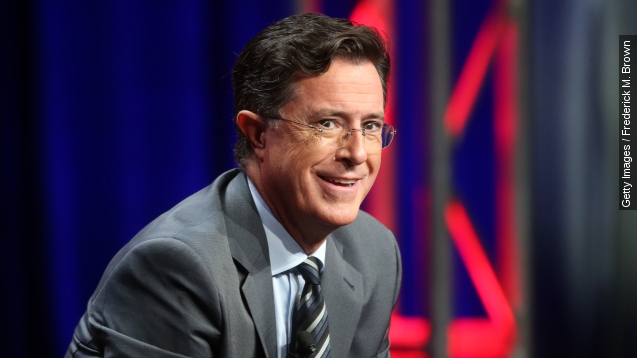 Stephen Colbert hit the Super Bowl jackpot. After today, we're thinking Colbert's biggest fear may be hosting his biggest show ever. (Video via Universal Pictures / "Back to the Future Part II")

The late night talk show host got the post-Super Bowl time slot on CBS. (Video via CBS / "The Late Show")

And when that show airs on Feb. 7, it will be the first time a late night series has ever landed during that spot.

Considering over 114 million people tuned in to this year's Super Bowl between the Seattle Seahawks and New England Patriots, Colbert has the potential to have a massive audience.

And a massive audience for the host, who currently holds the No. 2 spot in late night television, means about 99 million more viewers than his average night. (Video via CBS / "The Late Show")

Local news and a special edition of "The Late Late Show with James Corden" will air after Colbert's Super Bowl special in February. (Video via CBS / "The Late Show")