Stephen Colbert Learns How To Tackle A Football Dummy 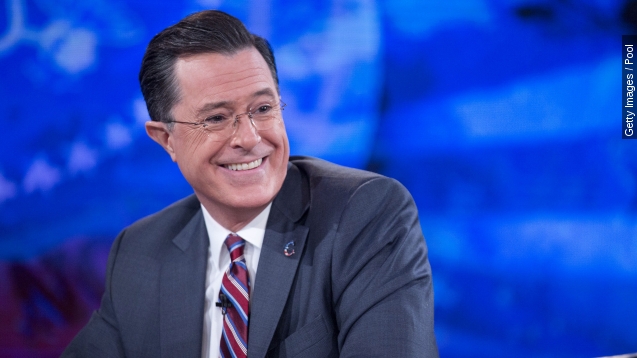 When you've already interviewed actress Cate Blanchett and entrepreneur Brian Chesky in one episode of late-night television, where do you possibly go to for a third guest?

Stephen Colbert clearly knew that when you're at such a loss, you bring out the Dartmouth College Football Dummy.

"How hard is it? Oh, that's soft, man!" the "Late Show with Stephen Colbert" host said.

And then, obviously, you strap on a helmet and some pads, and you tackle it.

"I want you to know I played one day of high school football," Colbert said.

This robotic tackling dummy is actually called the Mobile Virtual Player, and it was developed by Dartmouth's Thayer School of Engineering and head football coach Buddy Teevens. It's used during practice so the players don't injure each other.

At least now Colbert can say with confidence he's added tackling a football dummy to his football repertoire.