Stephen Colbert Has Some Really Bad Advice For Winning The Powerball 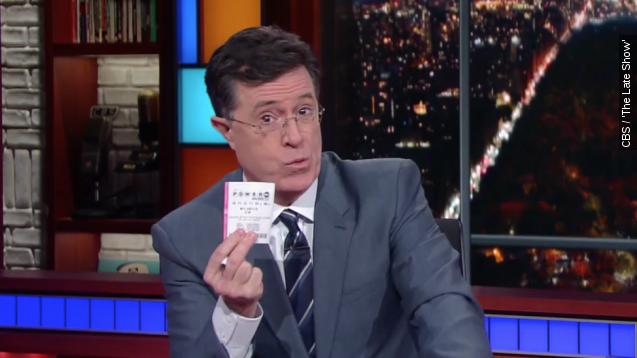 Stephen Colbert has some, uh, useful advice to help you win that massive $1.5 billion Powerball jackpot.

"'The Late Show's' Powerball tip No. 1: Pick only winning numbers," Colbert joked during the show.

OK, so all his "advice" is actually pretty worthless.

Yeah, not only does Colbert not think much of his viewers' intelligence, but he's also trying to get us to blow all our money.

But it's pretty hard to do anything to significantly increase your chances of winning, considering the odds are 1 in 292.2 million to start. Yikes.