Steph Curry Could Be The NBA's First Unanimous MVP 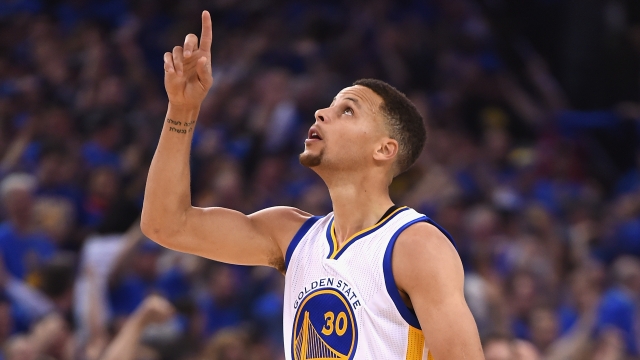 For the second season in a row, Golden State Warriors star Steph Curry will be handed the NBA's Most Valuable Player award.

That's according to a report from ESPN’s Marc Stein. Curry finished the regular season with an average of over 30 points per game while leading the Warriors to a record-breaking 73 wins.

The MVP award, when it's officially announced sometime this week, will be the 28-year-old's second in his career. He's only the 11th player in NBA history to net back-to-back MVPs.

And the official announcement could be a good one to tune in to. Curry could make history as the first player to unanimously win the NBA MVP.

Shaquille O'Neal and LeBron James have both come one vote shy of accomplishing the feat.

Curry's currently recovering from a knee injury that's forced him to miss at least a portion of the playoffs.

Warriors head coach Steve Kerr said Sunday that Curry is “doubtful” for game four on Monday against the Portland Trailblazers, but the valuable point guard could be back shortly.