Stepbrother Of Elvis Presley Says 'The King' Overdosed On Purpose 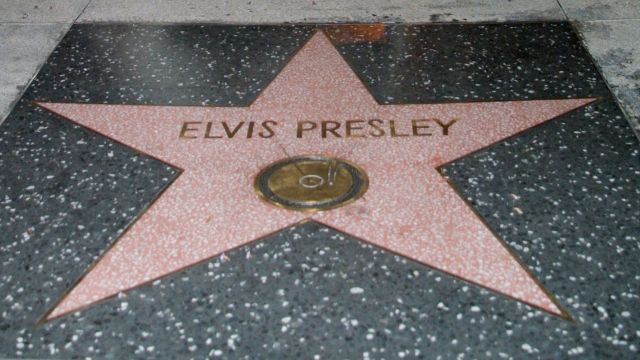 Elvis Presley's stepbrother is releasing a new book, and it has some fiery allegations.

In the book, "My Brother Elvis," author David E. Stanley shares personal stories about life with Elvis and his struggles with addiction.

Presley died at his home on August 16, 1977, and the New York Daily News reports that in the new book, Stanley says Presley overdosed on purpose.

Stanley says: "I felt it was my responsibility to write a book about these realities of Elvis beyond the glitz, glamour and fun. He was human, and his very human frailties and vulnerabilities cost him his life. If addiction could happen to Elvis, it can happen to anyone."

Before this book, the cause of Presley's death was shrouded in rumors. A toxicology report after his death found 14 drugs in his system, but his family covered up his cause of death in an attempt to preserve his legacy.

Official reports say no drugs were found at Graceland, Presley's Memphis home where his body was found. But according to Stanley, there were pills and syringes around his body, and Stanley started hiding that evidence in his pockets before police got to the home.

"My Brother Elvis: The Final Years" comes out Aug. 16.