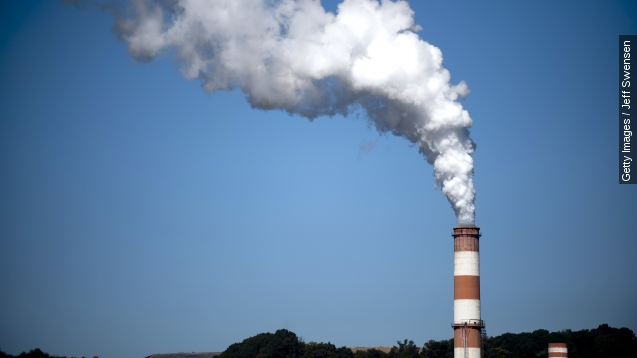 Earlier this year, President Obama announced his administration's plan to help fight climate change. Now, a number of states are planning legal action to block the plan. Those states will be joining forces with some of the nation's largest business groups. (Video via the White House)

Opponents claim the new rules represent an illegal interpretation of the Clean Air Act of 1970. No one is expecting the legal battle to be a quick fight — in fact, many of the plan's opponents are also simultaneously drawing up plans to comply with the new rules.

Congress is pushing back, too. Senate Majority Leader Mitch McConnell already intends to introduce two resolutions to block the plan. But it seems likely that Obama will veto them.

The plan hopes to lower U.S. carbon emissions by having each state slash its energy sector emissions. If everything goes according to plan, the carbon footprint for the U.S. energy sector will be 32 percent below 2005 levels.

Under the plan, each state gets a customized target for reducing their carbon emissions. The states will also be allowed to create their own road map for reaching those targets by 2018. So far, the governors of five states have threatened to forgo submitting plans.

Coal is likely to be the biggest loser in all of this. Coal has the highest carbon content of any fossil fuel, and it's still the third largest energy source in the United States.

States may begin opting for cleaner energy sources, instead of just retooling older coal plants to clean up coal. And while that may come with a large price tag at first, the National Resources Defense Council says it could save companies up to $9 billion by 2030.

The plan also pushes a cap-and-trade system, which Republicans have also denounced in the past. So it seems likely that, in the end, it will come down to the Supreme Court to decide on this issue, since neither side is likely to accept lower courts' decisions.

This video includes images from Getty Images and Redrosetta.