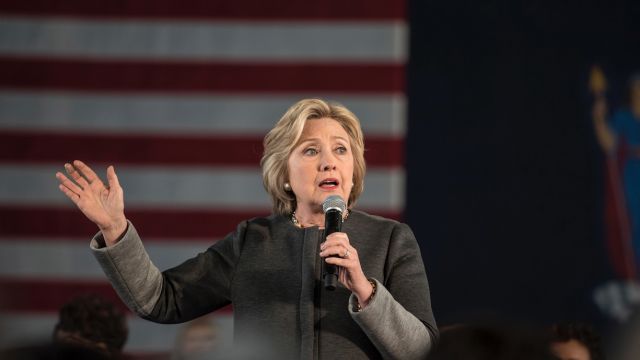 SMS
State Department Wants To Limit Questions To Clinton Aides In Lawsuit
By Jake Godin
By Jake Godin
April 7, 2016
A conservative watchdog group will be allowed to ask some of Hillary Clinton's aides about her controversial email server, but with some restrictions.
SHOW TRANSCRIPT

A conservative watchdog group will be able to ask current and former Hillary Clinton aides about her controversial email server — with a catch.

The State Department doesn't want them asking about classified information.

The department's lawyers have proposed limiting questions to why the clintonemail.com system was created ... and, well ... that's pretty much it.

The group, Judicial Watch, was granted "limited discovery" for questioning eight Clinton aides on the former secretary of state's emails and Benghazi.

The FBI is still investigating the emails and, so far, Clinton says she hasn't been contacted for an interview.

"Has the FBI reached out to you yet for an interview?" asked Chuck Todd during a Meet the Press interview in April.

Originally, the State Department didn't even want to grant Judicial Watch a discovery. But a federal judge eventually allowed it.