Start Talking About Ariana Grande's Fight For Equality — Not Her Hair 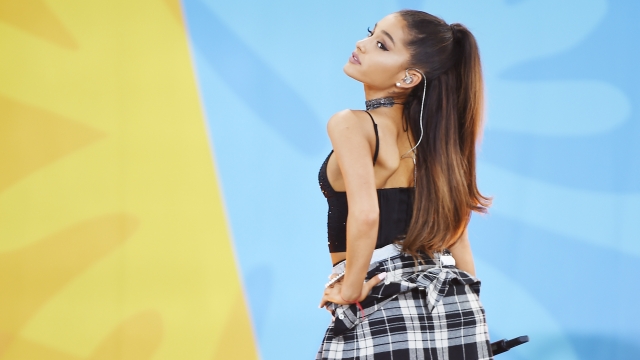 SMS
Start Talking About Ariana Grande's Fight For Equality — Not Her Hair
By Cody LaGrow
By Cody LaGrow
May 20, 2016
The singer is an underappreciated advocate for equality.
SHOW TRANSCRIPT

Ariana Grande really is a dangerous woman if you want to set double standards for women. She's an underappreciated feminist trying to give the girls one less problem to worry about.

Grande is making headlines this week for an interview with Billboard. She said, "If you're going to rave about how sexy a male artist looks with his shirt off, and a woman decides to get in her panties or show her boobies for a photo shoot, she needs to be treated with the same awe and admiration."

"I need to speak out about the things that upset me and affect me because otherwise, why do I have this voice? It's like, I'm not just an entertainer. I don't just want to be an entertainer. I want to make people feel something," Grande said on BBC Radio 1.

And she's not just fighting for the ladies. Watch Grande shut down some sexist thinking from radio hosts who were just too masculine for — wait for it — these guys.

"The unicorn is great, obviously, of course," Grande said.

"Boys. Many boys use the unicorn," Grande said.

"You need a little brushing up on equality over here. ... Who says unicorn emoji isn't for men, come on!" Grande replied.

"All right, I changed my mind. I don't want to hang out at Power 106 anymore," Grande said.

Last year, Grande took to Twitter in an attempt to mute misogyny. She wrote: "I am tired of living in a world where women are mostly referred to as a man's past, present or future property / possession. I do not. belong. to anyone. but myself. and neither do you."

That logic came out again this week when Grande came to the aid of Selena Gomez in an indirect reference to Gomez's relationship with Justin Bieber. Grande said she read a headline that "called someone another someone's ex. ... This person has had so many great records in the last year, and she hasn't been dating him forever. Call her by her name!"

Grande is a talented woman who cares about women, yet her fight for equality seems to be overshadowed with chatter about why she only wears ponytails and the animal ears atop her head  — when really, Ari the advocate gives us so much more to sing about.