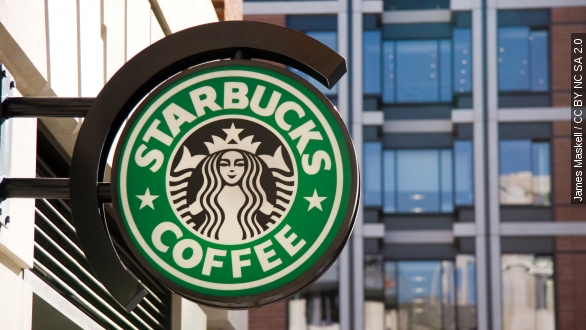 OK, America. It's time to step up the places we go on a first date. Like, stat.

After analyzing information from around 200,000 of its users, dating app Clover just revealed the No. 1 first date spot is Starbucks.

Really, that one's not too surprising. Especially since Starbucks has promoted itself as a great place to have a date in the past.

But the other top spots are raising some eyebrows. Chipotle came in second, and Panera Bread was No. 3. Others in the top 30 include Five Guys, Cracker Barrel and In-N-Out Burger.

"Where does it go? You start with Yogurtland and then you elevate to Chuck E. Cheese?" ABC anchor Dan Harris said.

But a writer for New York Magazine defended Chipotle, saying: "It's not like you're taking your date to Taco Bell. ... Just don't forget to spring for that guac if you want to make a good impression." (Video via Bloomberg)

Clover's CEO said, "We expected fine dining, bars and nightclubs to rank much higher, but clearly people want to meet in a relaxed environment."

And Clover discovered the coffee-shop first-date location might be because of us women.

"You get your coffee, meet the person, you can decide everything in three minutes," anchor Tamron Hall said.

Let's just hope if you're making it to a second date, you're going beyond coffee shops and fast food places.