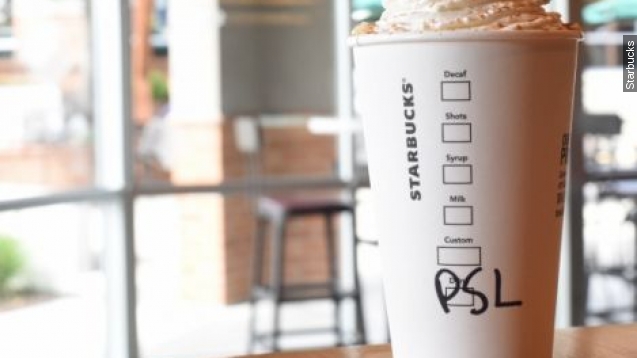 The official PSL account tweeted out Monday morning that it was coming back for a few fleeting months of pumpkin-y goodness.

Starbucks plays hard-to-get with the PSL by surprising fans with its release, and only offers the drink for a few months.

Last year it came out in late August when it was practically still summer. This decision was met with some backlash.

"Nobody wants anything pumpkin flavored from December through August," said John Oliver on "Last Week Tonight." "And here's how I know that: you can have it whenever you want." (Video via HBO / "Last Week Tonight")

The Pumpkin Spice Latte is more than a beverage — it's a seasonal ritual.

"'Oh my god, guys. A leaf literally just fell off a tree right in front of me. #Fall, #PumpkinSpiceLatte.' What does that have to do with a pumpkin spice latte?" (Video via Mashable)

Not everyone loves the orange goodness as much as Katy Perry, Pete Wentz or Taylor Swift, but Starbucks did do something to attract a bigger pumpkin posse.

They added real pumpkin puree to the pumpkin spice syrup to sweeten the deal.

But we've a word of warning: For everyone's sake, please control your pumpkin consumption just a bit.

Lest we forget the Great Pumpkin Spice Syrup Shortage of 2012, when fanatics struggled to find their fix. Hopefully there isn't a pumpkin shortage this year.