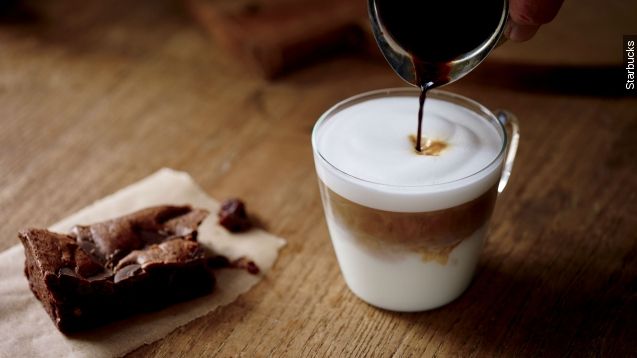 When a latte and a macchiato love each other very, very much, a latte macchiato is born.

Starbucks offers a slightly more scientific explanation of the process behind its new creation. It starts with foamy, aerated whole milk. Then, it is marked — because macchiato means "marked" — by a slowly poured espresso shot.

It's essentially a reverse of a flat white, as illustrated by this interactive image on the Starbucks website.

It's part of the espresso family, and on the Starbucks bold-to-creamy scale, it sits in between a caffe Americano and a flat white.

Starbucks announced the permanent addition to the menu with a bevy of other products rolling out for the new year, including new green teas, ham and salami sandwiches, grilled cheese sandwiches, almond croissants and more.