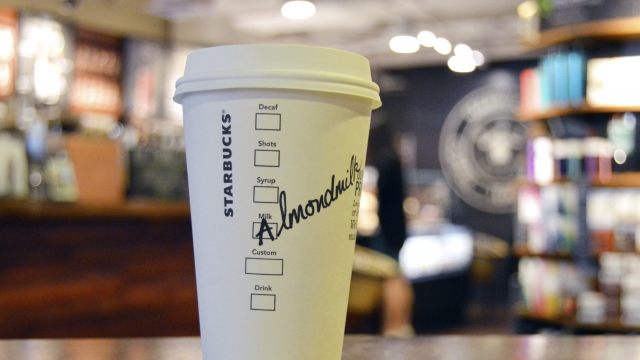 Almond milk fans, we have big news. Starbucks will be making the nondairy milk available for your drinks by the end of September.

The newly announced option came after lots and lots of requests on the company's crowdsourcing site for customers and employees. More than 4,000 stores will be adding the choice to other nondairy options, including soy milk and coconut milk.

SEE MORE: Starbucks Employees Are Getting Their Own Pick-Me-Up

The company also cited a consumer report that said 58 percent of adults drink some kind of nondairy milk — even though most of that group still drinks dairy milk as well.

This video includes an image and clips from Starbucks.