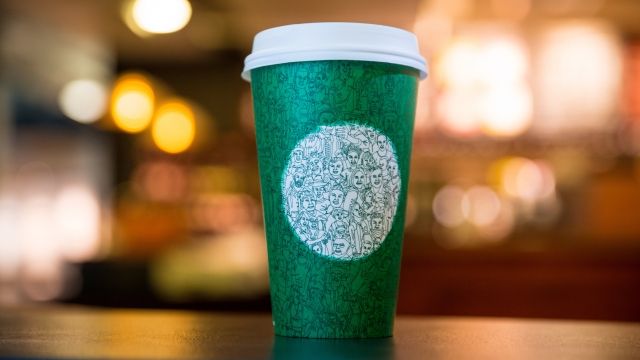 The new Starbucks cup is supposed to represent unity. And it certainly united some people — just not how Starbucks wanted.

The cup with more than 100 people doodled on it debuted in U.S. stores Tuesday.

Twitter users accused the coffee chain of "political brainwashing" and forcing a liberal agenda on its customers ahead of this month's election.

SEE MORE: The Biggest Starbucks Ever Will Be 'Coffee As Theater'

Others got upset after assuming the green cup was the company's design for the holiday season.

It's probably not, despite the cup's debut at the same time as the holiday drink lineup.

Starbucks' cup designs seem prone to criticism. Last year's minimalist holiday cup made some call for a boycott of the company.

The rumored design for 2016's holiday cup has already leaked online in a Reddit post. As of Wednesday morning, Starbucks hadn't revealed the official design, but if the Reddit post is true, the company stuck with its traditional red color.

Meanwhile, Starbucks says the current green cups will be available only while supplies last.