Starbucks Employees Are Getting Their Own Pick-Me-Up 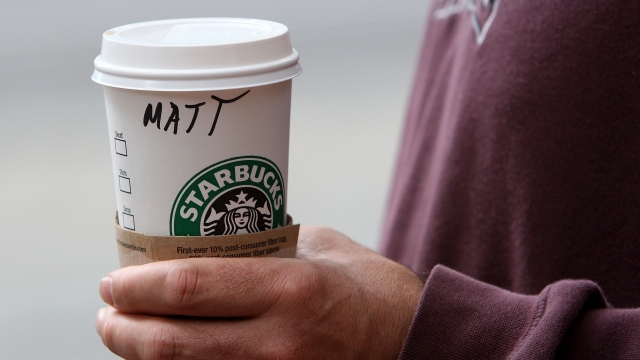 SMS
Starbucks Employees Are Getting Their Own Pick-Me-Up
By Samantha Crook
By Samantha Crook
July 11, 2016
On Monday, the company's CEO announced all employees will get at least a 5 percent raise in base pay.
SHOW TRANSCRIPT

Starbucks employees are getting a raise this fall.

On Monday, the company's CEO announced all employees will get at least a 5 percent raise in base pay. CEO Howard Schultz said in his letter to employees, "Striking the delicate balance between profit and a social conscience is a responsibility I take personally."

The announcement comes after an online petition started by a Starbucks employee in California recently picked up steam. The petition argues that labor cuts and underemployment have led to remarkably low employee morale, which in turn has negatively affected customer service.

The recent wage pressures are also part of a larger national push for a $15 minimum wage. Earlier this year, McDonald's felt similar pressure when advocacy group Fight for $15 protested near McDonald's Illinois headquarters during a shareholder meeting.

Starbucks employee raises will go into effect in October. Employees who have been with the company for at least two years will also get an increase in stock awards. Schultz also announced that employees can look forward to a looser dress code that's still "designed to work well with the green apron."

This video includes images from Getty Images and clips from WMAQ and WLS-TV. Music provided courtesy of APM Music.