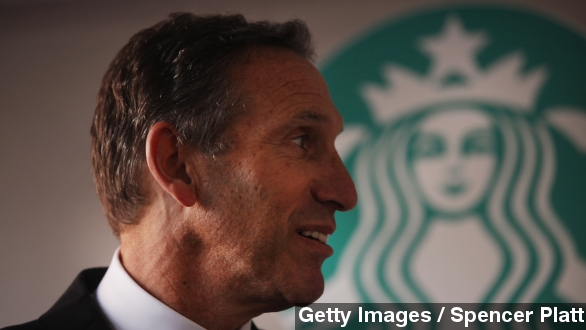 Starbucks CEO Howard Schultz is one of the more vocal business leaders in the country, with comments on everything from Obamacare to gun control.

"We do believe that guns and weapons should not be part of the Starbucks experience," Schultz says in his video message.

And now Schultz has penned an open letter on racial tensions in America published exclusively by TIME.

Protests have raged nationwide since grand juries in Ferguson, Missouri, and Staten Island, New York, decided not to indict the officers who killed Michael Brown and Eric Garner. (Video via Vice)

On Dec. 10, just a week after the Garner decision was released, Schultz called an open forum in the Starbucks Support Center in Seattle. (Video via CBS)

He writes about the forum: "We cannot continue to come to work every day aware of the difficult and painful experiences facing our nation, and not acknowledge them, together, as a company. … People spoke with grace and emotion. The Forum was at times uncomfortable, yet overall it was enlightening."

Schultz says he plans to have more forums like this all over the country in the coming months, starting in January with Oakland, St. Louis and New York City.

He closes the letter saying: "Doing what is right for society and doing what is right for business cannot be mutually exclusive endeavors. While it is always safer to stand on the sidelines, that is not leadership. Today, we choose to act in a way that is authentic to us, by nurturing a sense of community and bringing people together."