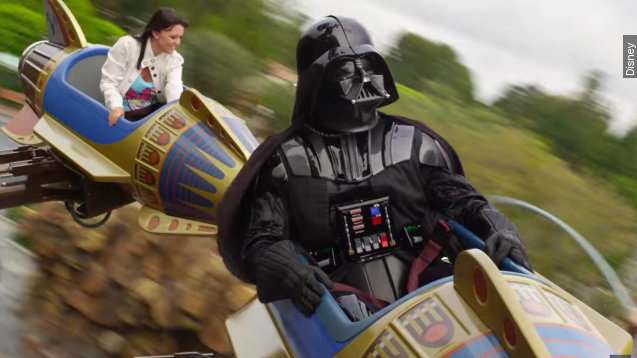 Disneyland is getting a "Star Wars" face-lift. The Los Angeles Times says the change will be the Anaheim park's largest expansion ever. (Video via Disney)

Obviously, the changes cost money and require space. That's why Disneyland plans to close 10 eateries and attractions — some more permanently than others — starting Jan. 10. (Video via Disney)

The park also upped the cost on season passes recently — as much as 31 percent. But that hasn't kept attendance down; one theme park consultant told the Los Angeles Times, "The tourists will come, hell or high water." (Video via Disney)

Because what better competition is there than "Star Wars" when it comes to fighting magic with space magic. (Video via Disney)