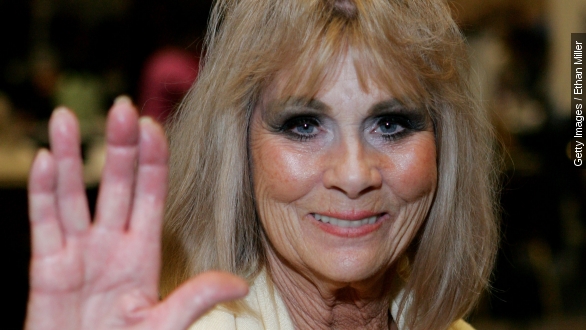 "Why don't you go chase an asteroid?"

StarTrek.com cites the actress's family as saying she passed away "peacefully at her home in Coarsegold, California."

Her character was dropped during the first season of the series, though it's never been publicly revealed why.

Afterward, Whitney struggled publicly with alcoholism, though she sought treatment and made a recovery.

"I had to admit I was powerless over alcohol and drugs and my life was unmanageable by me," she once told "American Journal."

She went on to reach out to others struggling with addiction, speaking in prisons and churches.

USA Today quotes her son as saying his mother would have rather been remembered as a survivor of addiction than as a cast member of "Star Trek."

Whitney is survived by her two sons, Jonathan and Scott Dweck.