Researchers Dropped A Bunch Of Dummies On Their Heads For Science 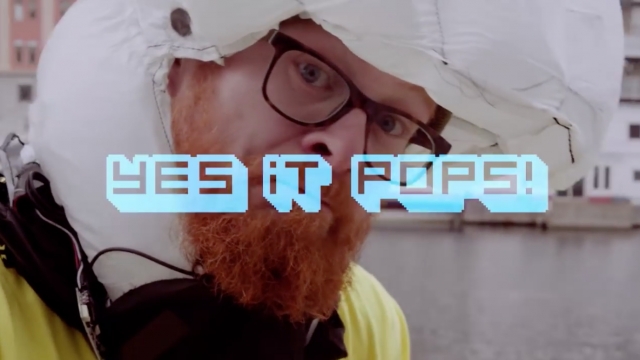 SMS
Researchers Dropped A Bunch Of Dummies On Their Heads For Science
By Lindsey Pulse
By Lindsey Pulse
October 7, 2016
The team wanted to test the Hövding airbag helmet to see how it holds up against traditional helmets.
SHOW TRANSCRIPT

Scientists are innovators, and a team at Stanford just proved it — by dropping some dummies on their heads.

This is a Hövding. And turns out, it actually works five times better than a traditional hard biking helmet.

SEE MORE: Soccer's Popularity Increased — And So Did The Rate Of Injury For Kids

The lead researcher said while foam bike helmets do protect against brain injury and skull fractures, they don't help with preventing concussions.

The airbag starts as a pouch that wraps around a biker's neck. When the bag senses motion uncommon for riding a bike — like a person falling or being hit by a large object — it automatically inflates to protect the rider's head and neck.

The helmet has actually been around for a while. It started out as a master's project for two university students in Sweden.

Biking is really popular there, so the country's helmet laws are pretty strict. The students wanted to develop a helmet that adults would actually want to wear — because we all know how fashionable the regular foam helmets are.

The Hövding has gone through extensive testing since its creation, and the company says it has saved lives.