Stan Kroenke Has 12 More Ranches Than You — And Way More Haters, Too 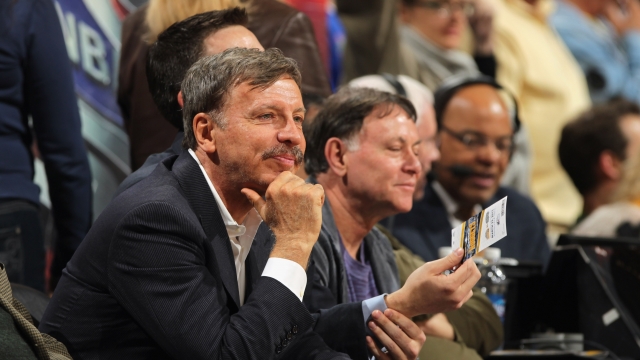 SMS
Stan Kroenke Has 12 More Ranches Than You — And Way More Haters, Too
By Katie Link
By Katie Link
February 10, 2016
Stan Kroenke just settled his latest deal. This time it's for one of the largest cattle ranches in the U.S.
SHOW TRANSCRIPT

It appears that billionaire Stan Kroenke collects more than just professional sports teams. He also has a thing for ranches.

Here’s a quick reminder on why the name "Stan Kroenke" sounds familiar. He’s the owner of the Los Angeles Rams, formerly the St. Louis Rams, who upset a lot of people after kind of bashing the Midwestern city and moving the franchise out West.

You also might've heard of him if he owns one of your other favorite teams.

Or maybe you’ve heard of him because you’re a huge fan of ranches. If so, you definitely know about the legendary W.T. Waggoner Estate Ranch in north Texas. The land covers more than 520,000 acres and spans six counties. And Kroenke just bought it.

This is the first time in the property’s history that it’s changed hands. And the transaction probably wasn’t cheap. The Waggoner was listed at $725 million.

How the billionaire will split his time between this new place and his 11 other ranch properties in Montana, Arizona, Wyoming and British Columbia is beyond us.

How he’ll quiet down angry fans who would've rather seen some of that money go toward boosting their team’s roster — also beyond us.

This video includes images from Getty Images and clips from KSDK.