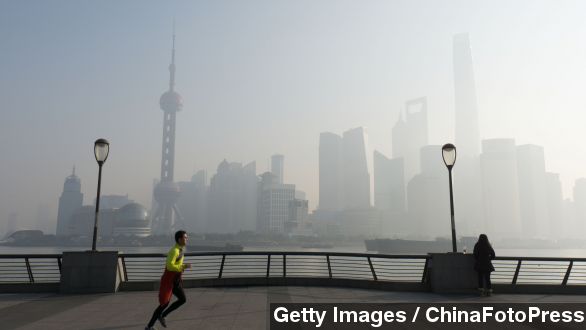 Shanghai's historic Bund waterfront was the scene of a deadly stampede late Wednesday.

Early reports from state media say 35 people were killed and many more injured as panic set in to a huge crowd gathered for New Year's Eve. This video posted to Youku shows police and paramedics responding.

It happened at Chenyi Square on the Bund, which runs along the west bank of the Huangpu River. This is a popular spot for crowds to gather and celebrate the new year.

State-run Xinhua news reports 42 injuries in addition to the 35 deaths and says police are still trying to figure out what set off the stampede.

As one of the first and biggest cities to celebrate the new year, Shanghai is one of the most popular spots in the world for New Year's Eve. An estimated 300,000 people turned up last year. (Video via YouTube / Chris Mills)

Xinhua reported many of those injured in Wednesday's stampede are now being treated at Shanghai General Hospital.