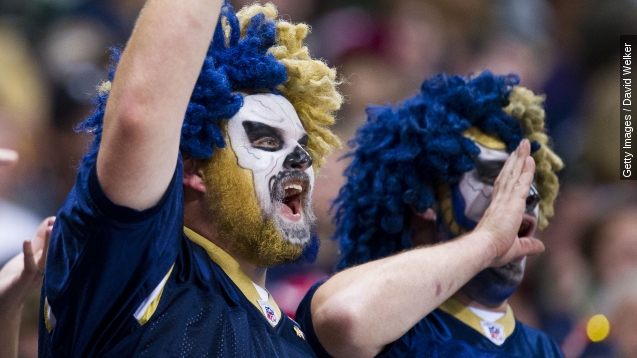 For the first time, St. Louis Rams fans will have their chance to directly tell the NFL why their team shouldn't move to the West Coast.

Over 1,500 fans at the NFL's sold-out public hearing in St. Louis on Tuesday night will attempt to persuade league officials to keep the Rams in St. Louis.

Season ticket-holders got first dibs on tickets to the pre-registration event, with remaining tickets released to the public after that.

The NFL has been vocal about moving a team to Los Angeles in the very near future, and the Rams, along with their owner Stan Kroenke, are said to be listening intently.

Rams fans are already a little irked by Kroenke's commitment to St. Louis and, as KMOV and KSDK report, Tuesday's public hearing isn't helping the bitterness.

"After Sunday's game, some of the fans told us this meeting tomorrow night could make a difference. Others feel it's just a gesture to appease the season-ticket holders," KSDK reports.

"We have seem some reports of that there are LA Rams fans who live in LA who have gotten tickets to tonight's event who are planning on not coming just so there can be empty seats in an attempt to make the Rams fans look bad to the NFL," KMOV reports.

At the center of the Rams troubles is their stadium, the Edward Jones Dome, which for years has been a battleground between the team and the leasing company over upgrades.

A less-than-state-of-the-art stadium and poor performance on the field for the past decade has hurt attendance. In that regard, the Rams rank near the bottom of the league, and it's been like that for a while.

But St. Louis city officials have plans for a new stadium downtown and a sponsor to go along with it. The only question is whether the Rams will be there long enough to make it worth building.

Tuesday's hearing will start at 7 p.m. local time. Each person who chooses to speak will have three minutes. Signs aren't allowed. There are also hearings in Oakland and San Diego this week.