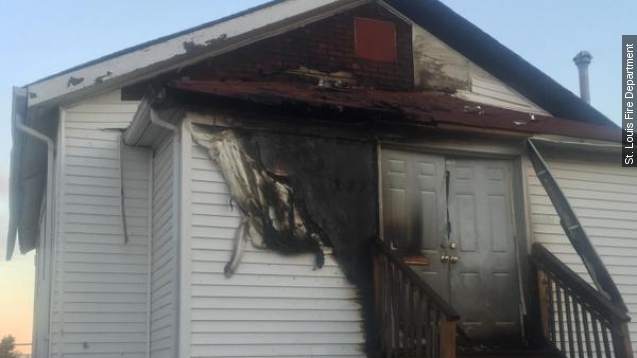 SMS
St. Louis Police Still Don't Know Why Churches Are Burning
By Cody LaGrow
By Cody LaGrow
October 22, 2015
Six of the seven churches set on fire in St. Louis have predominantly black congregations, but officials say it's too early to determine a motive.
SHOW TRANSCRIPT

"Yeah, we recognized a pattern a week ago. Like I said, it's starting to disturb a lot of people," St. Louis Fire Chief Dennis Jenkerson said.

There's at least one arsonist on the loose in St. Louis, setting fire to churches. Each fire started at the front door of church property in the middle of the night, and six of the seven churches scorched have predominantly black congregations.

By the looks of it, some might think the fires at black churches are a spate of hate crimes. But officials said, no matter what the pattern suggests, it's too early to make that determination.

"It could be someone who has a beef against the church, somebody who might have some mental issues. It runs a gamut until we capture the person or persons," Jenkerson said.

Local pastors united earlier this week to rally support not just from their community, but from all people who appreciate their rights as Americans.

"Every American watching this should be concerned, whether you subscribe to faith or whether you don't," a local pastor said.

"If you burn one, you burn all of us," another pastor said.

The Rev. Rodrick Burton added: "I've been surprised at the apathetic response. ... Fires are being lit at churches. It doesn't take much to say, 'We're with you.'"

The churches are all located within a 5-mile radius of one another. Nearby is Ferguson, Missouri, where teenager Michael Brown was fatally shot by a police officer one year ago — sparking demonstrations under the Black Lives Matter movement.

No reported deaths or injuries have been caused by the fires, just a reward that's been upped to $9,000 in hopes of gaining information leading to an arrest.