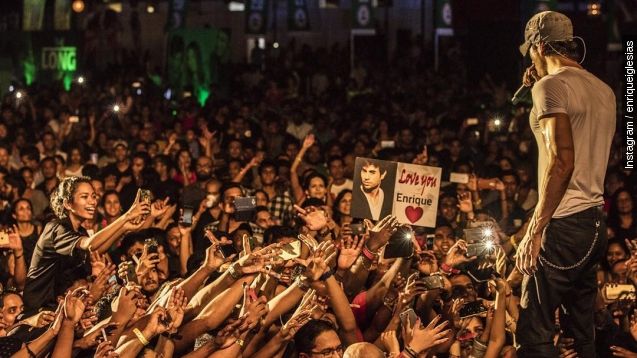 In some countries, tossing underwear on stage at a concert is frowned upon. Like Sri Lanka.

A concert in Sri Lanka's capital, Colombo, apparently got a little out of control when female concertgoers starting throwing their lady garments on stage during Enrique Iglesias' performance.

And the BBC reports another person jumped on stage in an attempt to kiss the Latin performer.

But it's not those fans Sri Lankan President Maithripala Sirisena wants to punish by way of a "toxic stingray tail" whipping. It's the organizers of the concert.

The president said, "This is most uncivilized behavior that goes against our culture."

Uncivilized enough that some concert planners deserve a medieval punishment for legitimate criminals? Probably not. It's apparently just an expression used to describe severe punishment.

The Sri Lankan president also took issue with ticket prices, which ranged from $35 to $250.