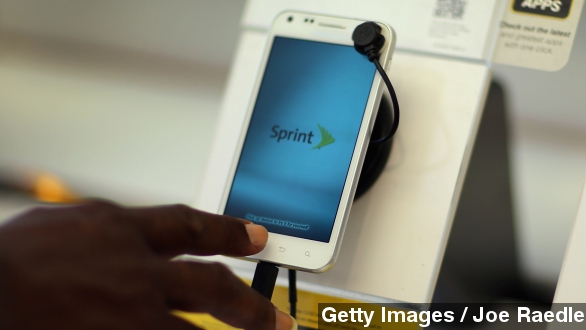 Things are not looking great for the nation's third largest wireless provider, Sprint.

Sprint posted a $765 million net loss for the second fiscal quarter and will now also be cutting loose about 2,000 employees — or roughly five percent of the company. (Video via Sprint)

The company has been going through a series of changes over the last few months — from a new CEO to a called-off merger with T-Mobile — and stayed relatively positive about Monday's news.

New Sprint CEO Marcelo Claure said in a statement, "We have started a transformational journey. While the company continues to face headwinds, we have begun the first phase of our plan and are encouraged with the early results."

While Claure might believe that, it doesn't appear many news outlets are drinking the same punch — posting less-than-optimistic headlines. (Via The Wall Street Journal | Ars Technica | The New York Times)

Claure knew it was an uphill battle when he took the job, though. He spoke with The Wall Street Journal in September, four weeks after being named CEO, about his plans to turn around the company.

SPRINT CEO MARCELO CLAURE VIA THE WALL STREET JOURNAL: "I love running a company that only has 15%, 16% of the market share. That means you have another 84% to go capture. ... When I met with employees, I was very straightforward. We're going to focus in three areas — our value of position, our network, and our cost to serve."

Sprint is currently the third-largest wireless provider in the nation, behind Verizon and AT&T, though it appears it may be slipping closer to fourth behind T-Mobile.